Golden Casket are thrilled to announce the appointment of our new Financial Director – Ann McMullan CA. Ann will be joining us after having worked for Brown’s Food Group as Financial Controller for the last 7 years. Strong communication skills and an open, honest approach have been key to Ann building relationships with her previous colleagues, customers and business partners, and we have no doubt she will carry over these skills to Golden Casket. 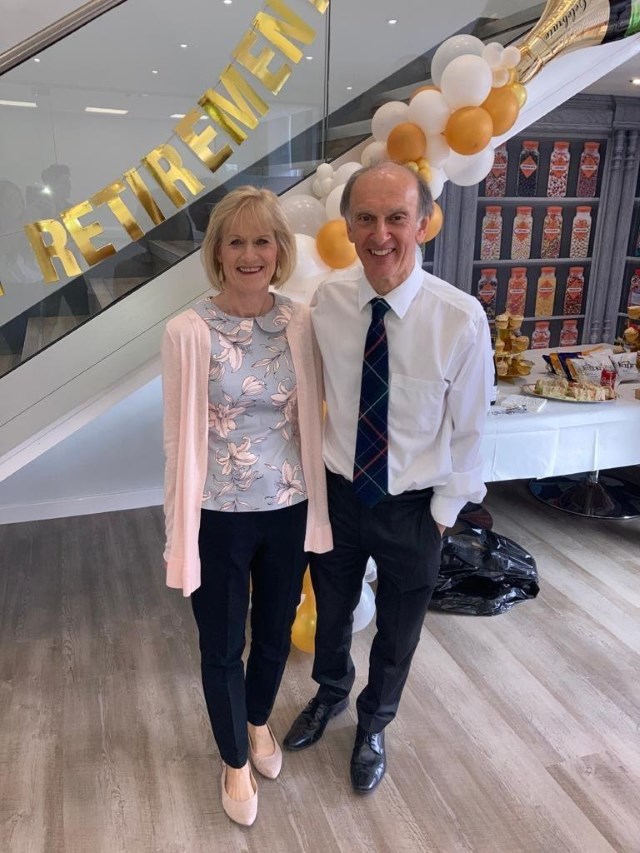 It is a bittersweet moment as we announce the retirement of our Financial Director, Douglas Pilkington, who has been a strong player in our financial department for over a decade. Before joining Golden Casket in 2009, Douglas worked for National Semiconductor for 6 years then held a senior position at Aulds the Bakers for 24 years. After being at Golden Casket for 11 years, Douglas has worked and contributed to local businesses in Inverclyde for an impressive 41 years. From the beginning, it was clear Douglas was an experienced CA with the ability to overcome any challenge that was thrown his way, and he quickly became a key member of the accounts and finance department. In 2015, he was promoted to Financial Director which he recalls as one of the defining moments of his career. In this position he helped the business grow during tough and competitive trading years.

Douglas has said the things he will miss most about working at Golden Casket is the variety of work the job entailed, working on something different every day and the buzz of helping to achieve new business. He will also miss all his colleagues at Golden Casket and being able to help them when it came to tax, pensions and other issues in both a professional and personal capacity. However, what he will miss most is of course, the staff discounted sweet treats! Discounted sweets were not the only perk of working for Golden Casket, Douglas also fondly remembers many great nights out with the company – Golden Caskets 50th & 60th Anniversary parties and STV’s Lulu’s Hogmanay show in 2018 to name a few.

The last year has been tough, for everyone personally, but also for Golden Casket. Brexit caused a huge amount of uncertainty and confusion, that paired with the Coronavirus pandemic, lead to many tough business decisions having to be made. The coronavirus period is something Douglas definitely won’t miss. However, he is proud to have seen the company through one of its greatest challenges and believes the future is looking bright. During his retirement he will enjoy spending time with his four grandchildren, exploring the outdoors, playing golf and most importantly…relaxing.

Douglas, we have been incredibly lucky to have you as an integral part of Golden Casket for over a decade and we wish you a long and happy retirement. You will be greatly missed, not only as a Financial Director but, most importantly as a friend. 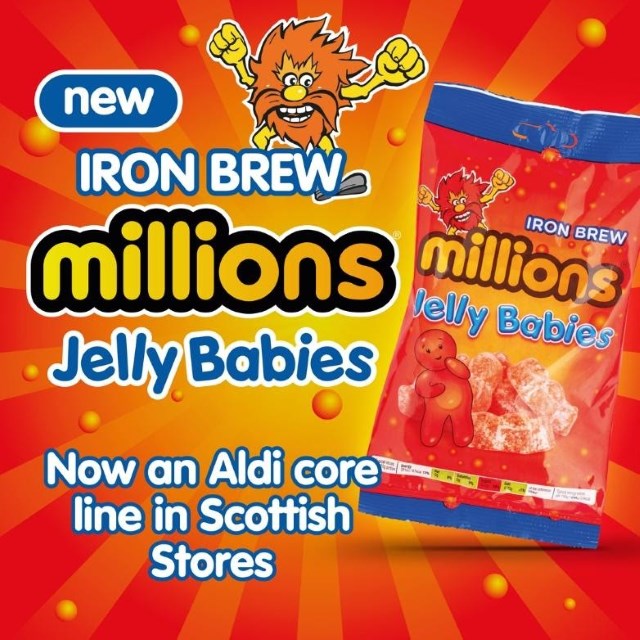 After the successful launch of Golden Caskets Millions Iron Brew Jelly Babies in January, Aldi have announced this week they will be listing the product as part of their core range across 96 Scottish Stores. The product was first launched as part of the supermarkets Next Top Product Award and impressively sold out in less than a month. When asked about the success of the product, Golden Caskets Sales and Marketing Director Sandra Fisher had this to say: “To sell out in less than a month after launching in January was just brilliant, and we are thrilled that the product has returned within Aldi’s everyday range and will again be available across all Aldi Scottish stores.” 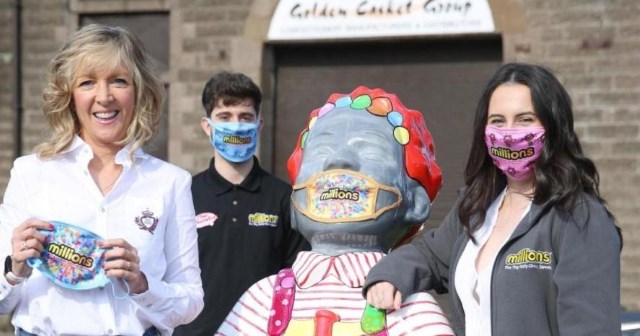 In March 2021, Golden Casket launched the #MillionsBigCoverUp, a social media campaign created to encourage children to wear face masks. The idea behind the campaign was to ‘make staying safe more fun’ through our fun and colourful mask designs. The Sales and Marketing team distributed 10,000 Millions masks to over 80 stores across the country. Shopkeepers were asked to giveaway the masks free of charge to children, who were then encouraged to take a picture with the mask and post on social media with the help of a parent or guardian. The campaign was set to run for a total of three weeks, with each week offering a Millions hamper as a prize for the best social media post. Not only were the masks distributed across Scottish stores, they were also delivered to the Glasgow Children’s Hospital Charity, Craigmarloch School and Morton in the Community. The children were all very appreciative and loved wearing the masks. The Millions team are delighted that they have been able to encourage kids to stay safe and bring some happiness to what has been a difficult time for us all. 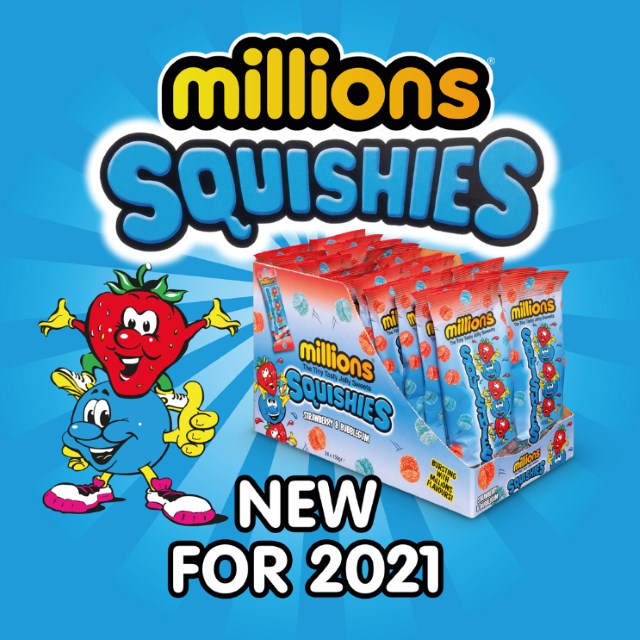 In February 2021, Golden Casket launched another brand new addition to the Millions brand – Millions Strawberry and Bubblegum Squishies! After investing heavily in a state of the art gum and jelly plant a few years ago, it was inevitable jelly lines would be introduced to expand the Millions product range. Millions Squishies are the second jelly line to join the brand after Millions Iron Brew Jelly Babies in January 2021. Millions Squishies are expected to be a huge success and new flavours are already being discussed and developed by the NPD team. Watch this space!