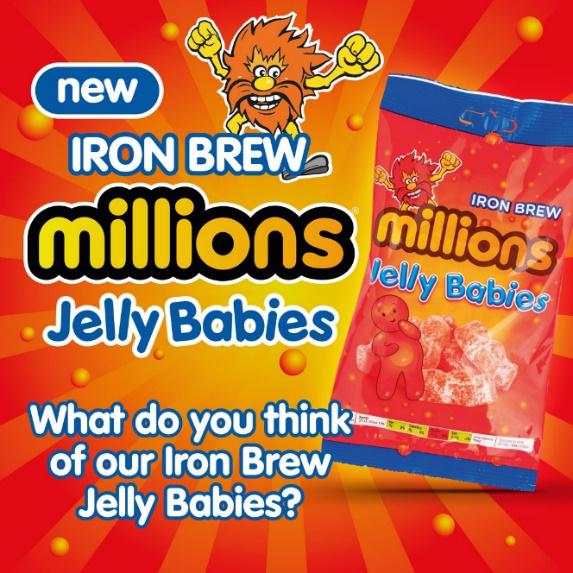 In January 2021, The Golden Casket Group launched a brand new addition to the Millions brand – Iron Brew Jelly Babies! After having great success with the award winning Vimto Jelly Babies in 2019, it was only logical to create more to add to the growing product range. The Golden Casket Group launched the Iron Brew Jelly Babies with Aldi Scottish stores as part of their Next Top Product Search in partnership with Scotland’s Food and Drink. The launch was a huge hit due to the unique Iron Brew flavour – famous for being traditionally Scottish!

The Iron Brew Jelly babies come in shelf-ready cases of 10x200g bags ‘ginger’ coloured outers with our feisty Millions character Ron Brew. Iron Brew Jelly Babies are gluten free. The sales team are working hard to sell these into stores nationwide and hope to export to countries outside the UK. Iron Brew Jelly Babies have been an excellent addition to the Millions family and Golden Casket plan to keep the flavour indefinitely.