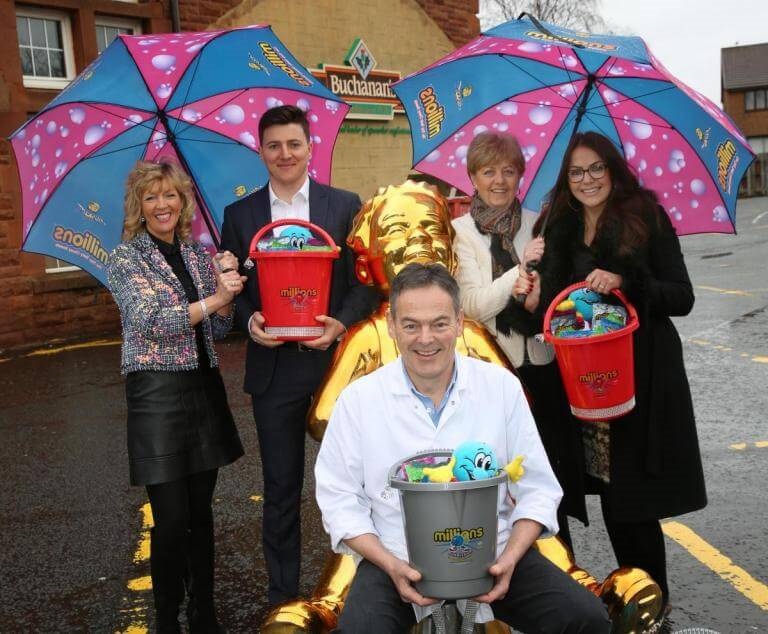 Golden Casket is celebrating its 60th birthday by sponsoring an ‘Oor Wullie’ sculpture to raise money for sick kids.

It’s billed as Scotland’s first national art trail and will see over 200 Wullie statues go on display before the sculptures are auctioned off to raise funds for children’s hospital charities.

Golden Casket is sponsoring a unique Millions sweets-inspired Oor Wullie, which will be in Glasgow’s Argyle Street from June 17 until the end of August.

They will also donate a mini version of the sculpture to a local school or community centre.

“This is a fantastic charity event to raise money for sick children, and we are delighted to be part of this, especially in our 60th year in business.

“Obviously with Millions, it’s children who we sell to so this is an excellent way of giving something back for our 60th anniversary.

“We get to choose the artist who designs the sculpture.”

“We’re delighted that Golden Casket is involved with Oor Wullie’s BIG Bucket Trail by sponsoring their very own sculpture.

“As a company, they have been so enthusiastic, and we hope as many people as possible will get involved with the trail when it hits streets across Scotland this summer.”